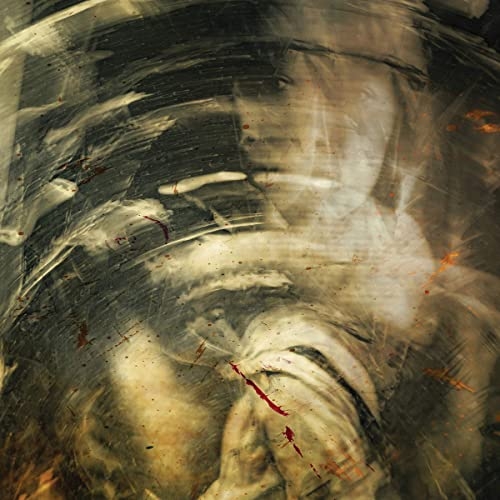 
There’s something intriguing about anonymous or pseudonymous artists: The Residents, Slipknot, Buckethead, Daft Punk, GWAR, and now Conrad Clipper. He’s a German multi-instrumentalist and composer, based in Berlin, and creates atmospheric, ambient instrumental music “with a focus on prepared, programmed, and played piano.” This album, his second, was recorded in Berlin and Arizona. It was written and partially recorded in Arizona over the course of five days in a utopian town called Arcosanti (also the name of the opening track), an experimental sustainable community in the middle of the state which was designed by Paolo Soleri and has a world-renowned bronze bell casting business. Clipper writes: “Picture, If You Can, Moonbase Architecture Inspired By Late-60s Sustainable Ideologies. Concrete Atriums Screened With Poplar And Olive Trees. Shady, Calm Apses To Keep The Desert Sun Off.” Clipper found himself in Arcosanti for the FORM Festival, occupying a room with a Fender Rhodes, upright piano, synths, and a circular window overlooking the desert. He was not chosen to be one of the 1000 artists performing that year, and instead went there to work as a photographic assistant for a friend. Whenever he could rush off to his room, he would write and record these songs. Looking at the list of artists appearing at the festival, with a few exceptions, I don’t blame him for sneaking off every time he got the chance. Interestingly the back cover of the CD has the seal of the fallen angel Decarabia from The Goetia: The Lesser Key of Solomon the King. One of his powers is making magical birds fly and making them into familiars. Clipper’s pieces are fairly short and dream-like, seamlessly weaving into each other like meditative music found on mindfulness apps. They are often calming but melancholy. 'Forces Out of Your Control' ends with the sounds of a thunderstorm, perhaps on a note of resignation. Perhaps the deep blue of the Arizona sky and the beautiful desert scenery soothed his spirit to some degree. He says, “This Record, Then, Is For Anyone Who Has Found Themselves Watching As Their Dreams Play Out On A Stage Without Them.”