Damn Vandals - You Me the Devil and the Sunshine 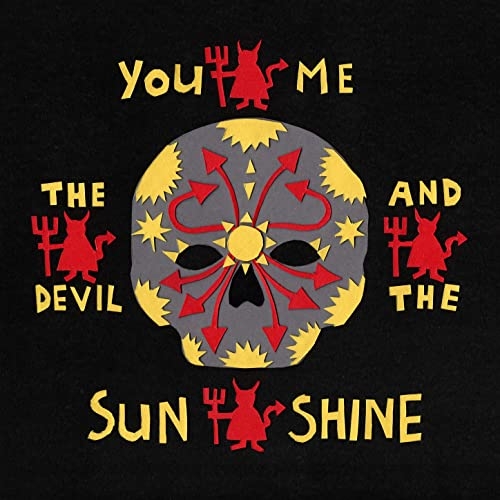 
I’m not entirely sure when the new Damn Vandals album, their third, was written, but it definitely sounds like the release of bottled-up frustration from the past year. There’s no slow stoner rock on here, just a constant barrage of garage and classic rock that maintains the pace for a dozen tracks. It’s clear why they have earned the praise of people like Tom Robinson. The London four-piece Damn Vandals’ lyrics are often derided for being sophomoric, which isn’t really the case here, even with an odd track about Salome from the Bible. Lead singer Jack Kansas’s rock god Morrison/Danzig bluesy howl is impressively strong, unlike so many vocalists who try to implement that style but don’t have the voice for it. Kansas dominates the musical landscape: If you like his voice, you’ll like these songs. Adam Kilmore Gardens is a beast of a bass player, who puts the instrument front and centre among fierce competition for the listener’s attention. 'Cobra' and 'Mr. Lemon Shake' are late-night, boozy party soundtrack tunes, right before the local constabulary are called to break things up due to complaints from the neighbours. It’s hard to choose stand-out tracks from such a strong album, but a few highlights are 'Don’t You Meddle with the Gods Tonight', '“This City', 'Happy in the Fall' and 'They Won’t Be Happy Till They Blow Up the Moon'. The whizz-bang ending track and single. 'They Won’t Be Happy...' is fast-paced, with dirty, choppy Toadies, White Zombie, Sabbath, and Queens of the Stone Age guitar from Frank Pick and classic Sabbath drums from Chris Christianson. The premise is a bit confusing, since the all-powerful “they” is nebulous and the line about the moon -- “it’s made of money/and fossil fuel” -- isn’t strictly true, as far as we know. But these niggling details ultimately don’t matter, because the song, like the rest of the album, is just so good.